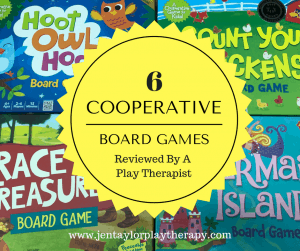 Why I Am Obsessed With Cooperative Board Games

Cooperative board games are one of the tools that I have invested in at my office this year for the first time.  Honestly,  I think I have become a little obsessed with them.

I know a lot of people are wondering either 1) what they heck is a cooperative board game or 2) here we go again with the “everybody gets a trophy” mentality.

What Are Cooperative Board Games?

Have you gone to or heard of those Escape Rooms?  It’s a really popular team building or date night or girls night out activity.  That is a cooperative game!  Same concept: solve a  puzzle to unlock the room before time is up! People then cooperatively brag “We escaped!”

So, in theory, one person could do all of the work and everyone gets to claim the same prize.  But in actuality, you really need everyone to work together to have an actual chance at winning.

So, after buying the first one…I have really gotten addicted to these things.  I think I’m up to at least six and I’m on the hunt for new ones all the time.  I think every game I have is from Peaceable Kingdom.  (No financial affiliation or paid endorsements of their products. Just my personal opinion!)

Most of mine I buy from my friend, Brittany Mackey, who just happens to be a Barefoot books rep and they offer quite a few in their catalog. (If you order from her, she makes some money, but I don’t.)

Some Cooperative Board Games Are Better Than Others

Again, this is just my unsolicited and unpaid opinion of the games that I have.  I will run through them quickly so you know what might work for you: This is by far my favorite and the one that kids in my office find the hardest to win.  The rules are simple, but the strategy takes more teamwork.  This one is really good for building executive functioning skills.

Watch this video demonstration to see how to play. A basic learn to count game that is decent for young toddlers.  This is not my favorite.  1) It violates my toddler rule that a game should not have too many pieces that will get lost and 2) It’s kinda boring, really.  I don’t use this one.  Watch this video to see if you might like it more than me.

Therapists recommend this one a lot so they might disagree with that rating.  I like it because you have to GET UP and move around.  I’ve played it with my little toddlers.  My two year olds can’t really do it (the right way) but that’s okay. My three year old does pretty well.  It’s fun for a small party, but it’s not the best one out there (for me).  You can watch it here. The first time I played this game, I was not impressed.  But, after giving it another shot, it’s actually not that bad.  This is a good entry level game.  See how it works here. If you have a child that doesn’t work really well with others, this is a good introduction to teamwork.  The strategy part is simpler and it’s easier to win. My second favorite game.  This one is about 50/50 when it comes to winning or losing.  The rules are really simple and it’s fun to say “ogre” a lot.  I would say this is probably the first choice for most kids in my office.  And, they want to keep playing again and again. See this one in action. This one is complicated (at first).  There are quite a few things to sort out and so the instructions are a little more detailed than any of the other games.  Once you actually read them all, it is just as simple as the rest of them. It’s fun and kids seem to like it.  Watch it here.

That’s all the ones I have actually played.  Only 6…I guess that’s not truly an obsession.

Why I Love Cooperative Board Games

Children who come to therapy often have a problem with losing.  If you play a competitive board game, they will either cheat to win or they will quit if they are behind or they will get mad if you beat them.

(That has a therapuetic benefit too…more on competitive board games in another post!)

But with cooperative board games, you share the responsibility for losing so people don’t take it so personally.  Kids don’t say “I suck at this” or “I’m no good.”

What they say is…

And that’s the beauty of it.  Instead of shutting down and quitting; they are learning to keep going. They are learning that we can test out different ideas and see what works and what doesn’t.  They learn to experiment.  And that’s good.

Personality Traits In Cooperative Board Games

Just like any game, you learn about their personality.  What I observe are typically:

Kids that take over:

They want to move all the pieces, tell you what to do, take all the turns or just generally be in charge of the entire strategy.  (In therapy we work on those social skills, usually with kids with ADHD!)

The kids that want you to tell them what to do:

The other side of that are kids that are afraid to make a mistake and want you to tell them exactly what they should do. (In therapy, we work on overcoming that anxiety).

They follow the basic directions but they don’t actually try to work together.  They see winning or losing as more chance than skill.  (in therapy, we work on building executive functioning skills and teamwork).

Kids that won’t quit until we beat it:

Then there are the kids who expect to win and want to play the game over and over until we beat it.  Sometimes, they are done with it after that (mission accomplished) and other times, they want to play again. (In therapy, I see this as a strength, but it can be a sign of perfectionism or standards that are unrealistic and we work on that too).

While you might not initially think that these games would be fun for adults…I think they are.  That is always a plus.   If you are looking for a present for a birthday party or just want to add something to your family game night rotation, give these a try.

(And if this blog makes its way to Peaceable Kingdom, somebody let me be a game tester or developer or something cool).

Have one that you love that’s not on this list? Tell me about it in the comments!

Make sure you are subscribed to the blog to get other tips like these straight to your inbox by going here.

“If It Bleeds, It Leads” – Talking to Children About Tragic News Headlines

Anxiety in Children and How to Help

Previous Post Drowning Prevention PSA To Start Summer Out Right! Next Post What To Tell Your Children When Your Pet Dies